Is Cupid Tattoo a Symbol of Love? 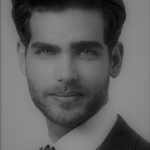 Inking the skin has been the practice for thousands of years. The ancient tattoos were created for the purpose to show off their status or tribal affinity. In some cases, they were also used as a form of punishment. Tattoos in ancient Egypt were used like amulets to safeguard people against the unknown. For example, god Bes was known to be a protector of women undergoing labor. Women used to tattoo a figure of a deity at their thighs during childbirth at that time. The other Greek god Eros, also called as roman god cupid is a god of love, on the basis of its characteristics. This read will let you know all about the tattoo of the roman god cupid and you will also know, Is Cupid Tattoo a Symbol of Love?

All About Origin of Cupid Tattoo

Is Cupid Tattoo a Symbol of Love? The word cupid literally means ‘desire’. Cupid was the god of passion, affection, and sensual love in Roman mythology. He’s been portrayed as Venus’s son but it’s never been clear. Moreover, it has been also considered as the roman equal of the god Eros of Greek. His usual portrayal is done as a naked and winged boy holding bow and arrow in his hands who shoots mortals directly in the hearts tempting them with love.

Cupid was portrayed as a chubby kid during the Hellenistic period. During that time, he received the bow and arrow that is still a strong symbol. Cupid was quite popular at the time of the middle ages. Cupid to this date is acknowledged as a recognizable figure that stimulates romantic love.

Is Cupid Tattoo a Symbol of Love?

Cupid is a holiday character usually used as a representation of valentine’s day or the emotion of love. In tattoo art, it usually appears in a fight with a prepared arrow. It is also sometimes combined with a heart or a pierced heart. The tattoos of arrows are quite common designs related to the god of love. All of such types of tattoos are a representation of desire, love, romance, etc.

The tattoo is designed in a way to shoot the arrow supplemented by a heart or a dove. It is the most artistic and elegant way of showing love to someone. You can have one such tattoo via tattoo design Inc. where you may have any cupid tattoo as per you’re your customization.

Why Is Cupid a Symbol of Love? The Story of Cupid

All of the myths regarding cupid revolves around love. The mother of cupid was jealous of psyche, who was beloved of her subjects. People forget to worship Venus, the father of cupid, and therefore cupid’s mother told him to go and make psyche to fall in love with the vilest thing that exists in the world.

As cupid went into the room of psyche to shoot her the golden arrow, he accidentally shoots himself instead and falls in love with Psyche. Every night he used to come and see psyche while she was sleeping. Psyche saw him and start looking for him every day.

Cupid’s mother told her that she would help her provided that completes certain tasks. Psyche agreed and completed all the tasks even though they were tough. The end task was given by Venus. He told psyche to give the box to Pluto which contains that she wasn’t allowed to look at. The curiosity made her look into the box and she was driven to eternal sleep.

Cupid then brought her back from the deep sleep and psyche was given the immortality gift by Jupiter, who was the leader of god. This way psyche could be with cupid forever. The name of psyche itself meant soul.

Cupid tattoos in the remembrance of god cupid are very widespread among the love birds. The cupid tattoo serves as a spur of the strongest of human emotions. It is the most loved tattoo design among tattoo lovers around the globe. Recognized as the naked, winged child holding a bow and arrow is all in the memory of god cupid that is the symbol of love.

Impressive Gifts For Girls That You Can Buy

What Are The 3 Best Advantages of Using An Electric Dab Rig?